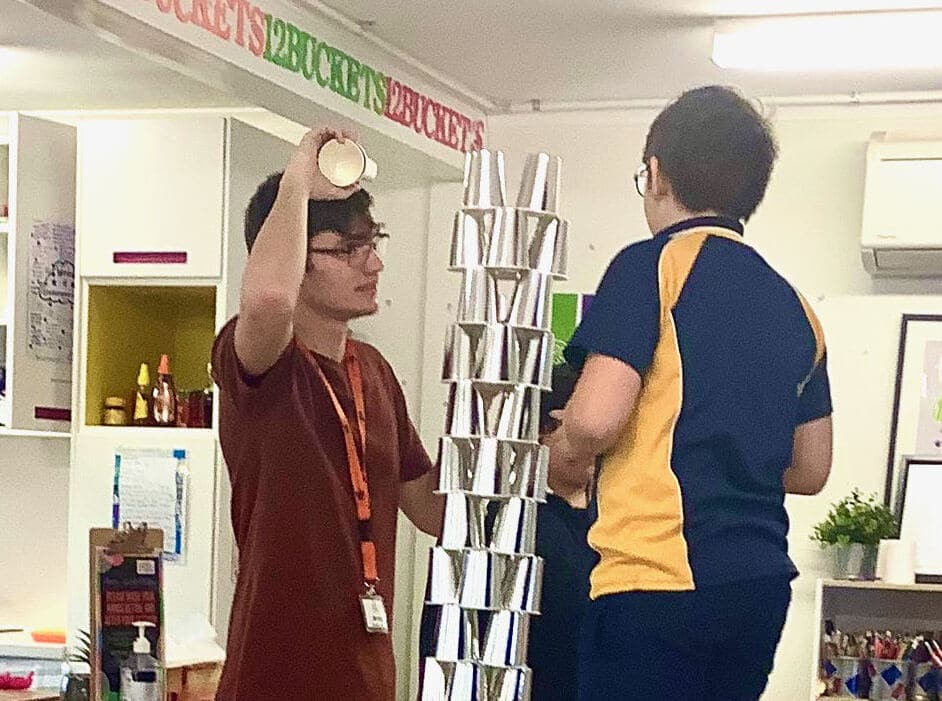 A glimpse into a 12 Buckets day

As an International Relations Masters student at UWA, I applied for an internship position through the McCusker Centre for Citizenship. The McCusker Centre focuses on developing civil society by fostering social and community engagement – and with the concept of civil society, NGOs and social development being a big part of International Relations, I jumped at the opportunity and was offered a position at 12 Buckets. My supervisor, Sarah, suggested first that it would be worth spending a couple of sessions in the 12 Buckets room to get an understanding firsthand of what 12 Buckets does. Heading into the room, I only had a small idea of what to expect. Sarah had briefed me on what a usual day might look like, but being there was something else.

I was introduced to each group of kids and started observing how they would start their hour in the session. What I immediately noticed was the relationship that the kids had with their mentors. Most would comfortably slip into a conversation with their mentor, or ask if they could do a certain activity today. There was no hesitancy from any of the kids; they were all excited and clearly looking forward to doing an activity that was of their own idea.

Many opted to cook or make something straight away, whether that be a banana smoothie, Milo or french toast. They all took the initiative and knew what they were doing. Some loved diving into an artsy activity, and I was blown away by their creativity; one girl invited me to join her in making flowers out of popsticks, cellophane and paper. We ended up making an entire forest! Some took the chance to use the hour as some downtime, to rest, recuperate and recharge for the rest of their day. This might have been by spending some time in the Therapy Pod or just laying down and playing a board game. It was evident that they perhaps didn’t have a chance for this at home or in the classroom, so the 12 Buckets room gave them this space.

The thing that stuck with me the most was the relationship-building aspect that 12 Buckets allowed for. A lot of these kids may not have had an uncomplicated and unconditional relationship with an adult before meeting their mentor. Some would perhaps have an inherent distrust of many adult figures in their lives. By giving them an hour a week with a mentor who could be a role model in their lives, this could demonstrate that you can build trust with others, even if they begin as strangers.

The investment of an hour a week into a child’s life seems small, but I believe the returns are an order of magnitude higher. Each child gains so much from the experience and I truly would have underestimated the impact until I got a chance to see the 12 Buckets room for the day.